Over the last few years we have seen tremendous progress on autonomous driving. This is both in terms of autonomy in regular cars and in terms of micro-mobility services for local deliveries. There is a frequent discussion about “driver-less” cars and when we will get there. In this forum we have a number of companies that work on the autonomous driving at various levels of autonomy discuss - where are we today? what are the main challenges? and provide an outlook on the future.. 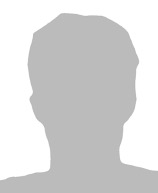 Marco Pavone is Director of Autonomous Vehicle Research at NVIDIA. His main research interests are in the development of methodologies for the analysis, design, and control of autonomous systems, with an emphasis on self-driving cars, autonomous aerospace vehicles, and future mobility systems. He is currently on partial leave from Stanford University, where he is an Associate Professor of Aeronautics and Astronautics. At Stanford, he is also the Director of the Autonomous Systems Laboratory and Co-Director of the Center for Automotive Research at Stanford. He received a Ph.D. degree in Aeronautics and Astronautics from the Massachusetts Institute of Technology in 2010. He is a recipient of a number of awards, including a Presidential Early Career Award for Scientists and Engineers from President Barack Obama, an Office of Naval Research Young Investigator Award, and a National Science Foundation Early Career (CAREER) Award.

Pawel is the director of Calibration, Localization and Mapping at Zoox. He has before then had leadership roles at Neato and Autel on the design of autonomous systems for air and ground applications. He earned his Ph.D. and B.Sc. in Electrical Engineering at UC Los Angeles.

Stephen Chaves is a Sr. Staff Engineer and Manager at Qualcomm Technologies, Inc. in Philadelphia, PA. He is the decision-making and planning stack technical lead for Qualcomm Autonomous Driving R&D. Prior to working in autonomous driving, Stephen worked on navigation, mapping, and planning for autonomous aerial vehicles at Qualcomm. He earned his Ph.D. at the University of Michigan where he studied active SLAM for underwater robots. He also has a M.S and B.S. from Penn State University.

Shimon Whiteson is a Professor of Computer Science at the University of Oxford and the Head of Research at Waymo UK. His research focuses on deep reinforcement learning and learning from demonstration, with applications in robotics and video games. He completed his doctorate at the University of Texas at Austin in 2007. He spent eight years as an Assistant and then an Associate Professor at the University of Amsterdam before joining Oxford as an Associate Professor in 2015. He was awarded a Starting Grant from the European Research Council in 2014, a Google Faculty Research Award in 2017, and a JPMorgan Faculty Award in 2019.

Sammy Omari is the VP of engineering and head of autonomy at Motional. Prior to Motional he was head of motion planning, software for motion, control and prediction at Lyft and director of Engineering at GoPro. Dr. Omari earned his Ph.D. and M.Sc. degrees at ETH Zurich and his undergraduate degree at Australian National University.

The 2022 International Conference on Robotics and Automation (ICRA) will be held on May 23-27 2022, Philadelphia (PA), USA. The ICRA 2022 is a flagship IEEE Robotics & Automation Society conference and will feature a premiere international venue for international robotics researchers.